mehriran.de/en – We have published the first part of a document about intelligence activities of a branch of the Revolutionary Guards of Iran in Europe on 20.04.2019. Here we share some additional material about the activities of an agent in Cyprus who targets Sufi groups in order to influence their leaders on the matter of Iran.

mehriran.de/en – In Part 1, we gave a brief collection of evidence from the social media activities of Mr Sharar Konour Tabrizi living in Nicosia, Cyprus and his associates spread out in Europe and their collaboration with Intelligence Organization of the Islamic Revolutionary Guard Corps of Iran and Hossein Taeb as its chairman.

From January 9th to 15th, 1983, thirty people faced trial at the 1st division of the Islamic Revolutionary Public Prosecutor’s Office in Tehran with Ayatollah Mohammadi Gilani as the presiding judge. At the end of which they were sentenced to death with unknown execution method and buried in mass-graves in which their actual burial place is still unknown to this day.

Father of a newborn baby he and his wife were arrested on July 14, 1981 and detained at section 209 of the Evin prison where he was tortured for 6 months to be forced into a confession. His wife was sentenced to 15 years of prison and the baby spent its first years in prison with his mother.

Mr. Seyed Abdolrahman Azmayesh and his wife were never allowed access to a legal counsel.

No evidence was ever revealed during the trial nor ever since to confirm these charges.

The following picture from the actual trial paints a clear picture of the terrifying process undertaken to murder those opposing the Islamic republic regime. The judge and the prosecutor sitting on the left, the defendant sitting in the middle and receives 20 minutes or so to confess, the 30-people trialed sitting the right of the picture, and the so-called families of the victims who are mostly young Basij forces sitting in the audience. Pictures of the victims are facing the audience with a large banner saying „we, the families of the martyred victims demand Retaliation“. In the background the poster of Ayatollah Khomeini is standing over 5 meters tall is overseeing the kangaroo court.

The case of Mr. Seyed Abdolrahman Azmayesh is available in the open archive of iranrights.org confirming the above explanation which is an accepted version even in parts of the Iranian regime of today.

36 years later, Mr Sharar Konour Tabrizi, creates a post on Instagram on 16th of April 2019 and slanders the murdered Mr. Seyed Abdolrahman Azmayesh with the same accusations of the Islamic Revolutionary Public Prosecutor’s Office in Tehran did on 9th of January, 1983.

Mr Sharar Konour Tabrizi, does that in order to connect the 36 years old false accusations of the deceased Mr. Seyed Abdolrahman Azmayesh to the contemporary activities of Dr. Seyed Mostafa Azmayesh, the founder of the International organisation to preserve human rights.

The pictures and the language used by Mr Sharar Konour Tabrizi living in Nicosia, Cyprus, has a remarkable resemblance to an article published on 21 of February 2018 by Mr. Hossein Shariatmadari, one of the main think-thanks of the IRGC and the managing editor of the conservative newspaper of Kayhan in Tehran, Iran.

Its also important to note that this article published by Mr. Hossein Shariatmadari in Tehran, Iran was the exact subject of the „Rodast“ youtube show episode 143 published on the same day, 21 of February 2018 by Mr. Omid Dana living in Stockholm, Sweden which shows the information flow from hardliner thinktanks in Tehran into the heart of Europe by their undercover agents being active in social media platforms acting as the extended arm of propaganda for the Intelligence Organization of the Islamic Revolutionary Guard Corps of Iran.

The exact pictures with complementary text that were seen for the first time in the article of Mr. Hossein Shariatmadari were also vastly published within other publications of the IRGC such as Quds Forces and Ferghenews.

What’s interesting is that Mr Sharar Konour Tabrizi not only uses the same language and agenda of the IRGC think-thanks in Tehran but even when giving an short explanation of his past activities based on a set of pictures included in his own post, however the picture in which he uses as a reference is from the anti-Sufi and anti-human rights telegram channel of @Sofiyenews (closely linked to Ferghenews) one of the media channels of Mehdi Taeb who is the head of a section within the Intelligence Organization of the Islamic Revolutionary Guard Corps by the name „Headquarters of Ammar“ who is the main section responsible for Cyberwarfare within Intelligence Organization of IRGC. We provided both image and audio evidence in the previous article where Mehdi Taeb says: ”Sufis are the instrument of Media for Mossad and Amadnews belongs also to them. They are assigned to create crises whenever Mossad encounters discomfort. Sufis are backed up from that source.”

Another weapon used by the agents of the IRGC is to slander and ridicule in order to damage the reputation of their opposition. For this reason, many comedy programs and fake documentaries are made in Iran and then spread throughout their propaganda machine both on conventional media but mostly on the internet. On January 9th 2019, Mr Sharar Konour Tabrizi posted an image from one of the popular comedy shows in Iran called ”Khandvaneh” which is part of the ”Nasim Network” owned by the IRGC.

On 14th of April 2019 the anti-Sufi telegram channel @n_tasavof owned by „Adyannet“ which is one of the IRGCs main websites against minority religions posts a picture with a short explanation which has a remarkable resemble to the previous post of Mr Sharar Konour Tabrizi both in the image and text which again shows the alignment of propaganda and systematic slander within the different sections of IRGC.

Summary: Of course, these are only a small part of Mr Sharar Konour Tabrizi activities on the internet. His main activities have been on Instagram but he joined Twitter on mid-February 2019, however, he has already during this short amount of time tweeted over 5 900 tweets and attracted over 1 400 followers, this means that he has generated the incredible amount of approximately 66 tweets per day and managed to attract approximately 16 followers per day on twitter only. This only shows the focus of these IRGC agents in Europe and USA and the incredible amount of free time they have at hand to spend on social media propagating the message and point of view of the think-thanks of IRGC which in fact is acknowledged as a terrorist origination. It’s also important to remark on the collaboration of these agents that helps them grow their network even if the agents themselves might have different main focus areas. We emphasize for example on the collaboration of Mr Sharar Konour Tabrizi with Mr. Peyman Aref (a fairly well known and famous IRGC agent for Iranians both inside and outside of Iran) where they support each other’s cause by practical help of exposure on social media and associated websites even if their main focus is evidently separate. Of course, there is a lot more to say on this topic both in terms of evidence of cross-collaboration between the hidden agents we revealed but also regarding disclosure of other highly active IRGC terrorists who works undercover in the western world.

We are also seeing an expansion of the activities of Mr Sharar Konour Tabrizi to infiltrate other Sufi orders in Cyprus as well in order to identify the structure and the people of these Sufi orders. Such information can be useful for the IRGC looking to expand their influence in Europe both for the deployment of Islamic radicalization and influencing minority communities especially those with Islamic background in general in the western world.

On 18th of April 2019, Mr Sharar Konour Tabrizi, visited the gathering of Naqshbandi Sufis in Nicosia, Cyprus for the first time and posted it on his Instagram on 20th of April.

Mr Sharar Konour Tabrizi again visited the Naqshbandi Sufis on the Friday prayers of Ramadan on 10th of May 2019. This time, not only did he post pictures of Shaykh Shakib Naqshbandi but he also posted pictures of the faces of people present at the gathering in an attempt to report and identify them.

Mr Sharar Konour Tabrizi even went further on 15th of May 2019 and posted pictures of Shaykh Nazem and his son (two of the recent head masters of the Naqshbandi order) with love poems of Rumi in the caption saying: „the beautiful faces are the spiritual masters and friends of God (Owlya)“. 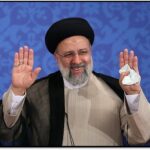 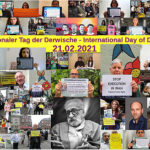 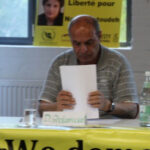